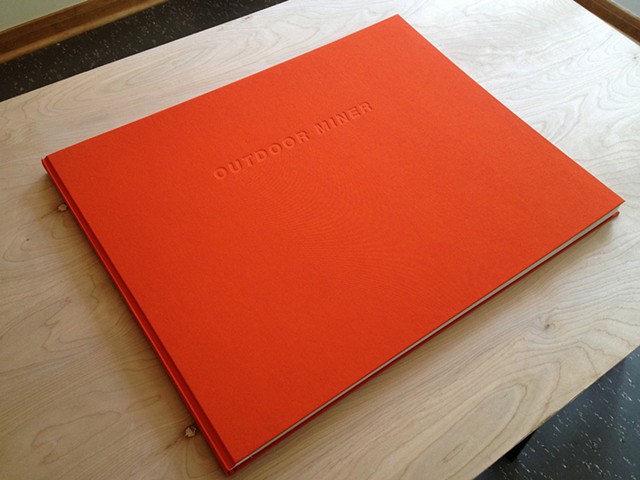 JN: Where do the images in your portfolio come from?

JN: Originally they were taken while shooting images for a beef jerky commercial, in the mountains outside of Los Angeles.

JN: I know, right? The commercials were the idea of a good friend of mine, Brock Davis, who’s an art director. He wanted me to document the production as well as make imagery which could be used for packaging and such. They (the commercials) involve a bunch of youngish men playing pranks on Sasquatch.

JN: I would have never gotten that from the images in the portfolio, Sasquatch is nowhere to be seen.

JN: That was the idea. He’s actually there, just obscured. I wanted to see if I could reanimate these images I had taken for a completely different purpose. I wanted the end result to be strange, beautiful and hopefully tinged with humor. I teach (in addition to being an artist), and one of the concepts I’m always trying to get my students to grasp is that, while the photograph may show a great deal, it frequently tells you little or nothing about what you’re seeing. It’s one of the things that make the medium mesmerizing. The portfolio is meant to toy with that idea.

JN: So are these just straight documents from the negatives or has there been some digital post-­production?

JN: They’ve been modified. I worked from many rolls of film. The images I ended up selecting correspond to the idea I spoke about earlier. I liken many of them to an empty stage – all backdrop and no action. The action, as often happens with a photograph, comes from somewhere else; outside the frame and from the viewer. With the images some things have been added and occasionally some taken out. In fact, the things I added are meant to push the viewer to question the authenticity of the image. They also happen to be incredibly lame and cheesy and contradictory-- snow and sun side by side in every image. They poke fun at the multitude of ways images are enhanced or manipulated to be nostalgic, sentimental, moody, and/or more authentic or personalized by the likes of Instagram, etc. The snow in my images may be evocative, but It was done in Photoshop after I googled “how to make snow in Photoshop.”

JN: Do you have an issue with images that are digitally manipulated.

JN: No. I love the possibilities and control I have a digital image. I also have no allegiance to "straight" photographs.

JN: Hmm. Tell me about the title “Outdoor Miner”?

JN: It’s actually taken from the title of a song, by the British band Wire. It’s on their second album “Chairs Missing” from 1978. Lyrically the song is opaque, moody, and somber, not unlike the images in the portfolio. I liked it because the title seems to be an apt description for a way many photographers make pictures.

JN: It seems to me the title also acts as a way to push viewers to read the images in a certain way--­­ say as some sort of mining accident, or perhaps having certain ecological implications. Basically anything but documenting a tv spot starring Sasquatch.